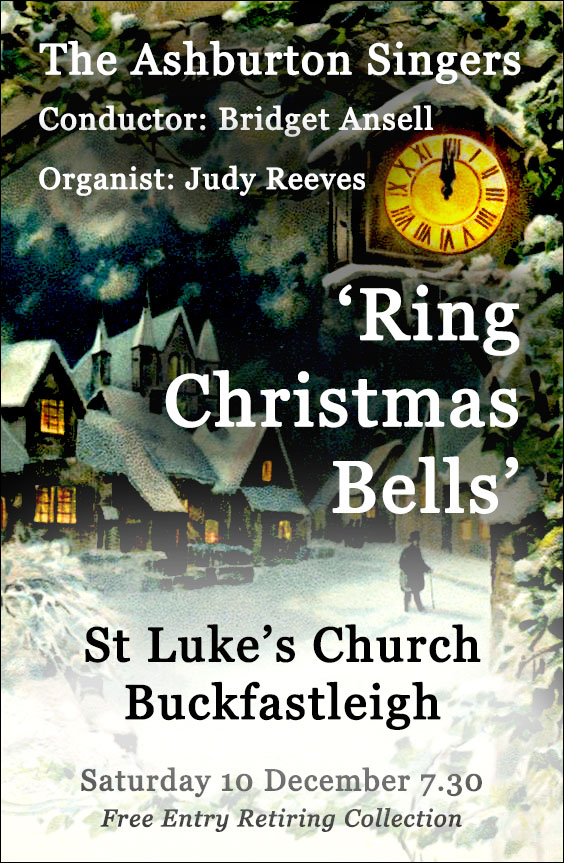 The Ashburton Singers warmly invite you to raise your voices with choir and organ in several well-known carols during our concert of varied and evocative music for Christmas.

Gentle lullabies, spirited wassailing songs, shepherd tunes and music of contemplation are all on this programme of seasonal music dating from the medieval ages to the present day.

There is also music from Bohemia, France and the Ukraine, with the atmospheric “Northern Lights” by the Norwegian composer Ola Gjeilo.

Contemporary settings are by Bob Chilcot, John Tavener and James Macmillan and two carols have both words and music by the much loved John Rutter.

Free admission with a retiring collection

Admission £5 to include mulled wine and mince pies