“Just as the Tide was Flowing”

Folk Songs of the British Isles, Yugoslavia and Estonia

The Ashburton Singers presented a programme of ballads and folk songs arranged for choir by Vaughan Williams, Holst and Stanford, including the well-known Northumbrian songs Bonny at Morn and Dance to your Daddy, the stirring Irish ballad The Sword of Erinand the lovely Cornish tune I love my love.

Also on the programme, in an arrangement by the Hungarian composer Matyas Seiber, were Yugoslav folk songs depicting a fairy-tale rose growing in a green mountain valley and the horsemanship of the dashing Hussars.

Veljo Tormis, the celebrated Estonian composer, wrote choral works based on the folksong and poetry of languages that are now disappearing or extinct.  His mesmeric and unusual settings are instantly appealing.  In the programme were Estonian Wedding Songs, Roundelay and Russian Sailor’s Song. 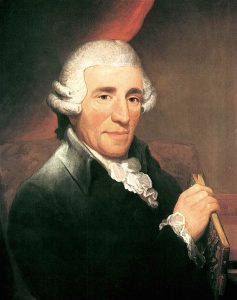 Haydn’s Missa Brevis Sancti Johannis de Deo, known as the Little Organ Mass, was composed in the mid-1770s for the Brothers of Mercy who ran the hospital in Eisenstadt, where Haydn lived while employed by Prince Esterhazy.

Intimate and short, with some movements less than a minute long, this cheerful work is full of expressive melody and quiet reverence.   It is scored for solo soprano, a four-part choir and modest orchestra with an organ, which has a charming solo in the Benedictus.

A feminine perspective can be felt in Rheinberger’s dramatic and heartfelt  Stabat Mater.  Rheinberger’s music stands firmly in the line from Bach, Haydn and Beethoven, and his style is characterised by flowing melodic lines and the expressive use of harmonic colour.

Other seasonal music in the programme included Mozart’s Ave verum corpus, composed in the last year of his short life and justly counted among the most famous and well-loved choral pieces, and music by   Victoria, Byrd, Bach, Beethoven, Bruckner and Gjeilo 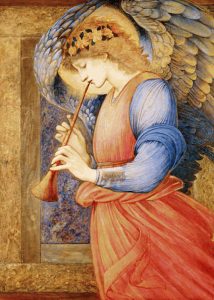 The Ashburton Singers warmly invite you to raise your voices with choir and organ in several well-known Advent Carols during our concerts of varied and evocative music for Advent.

Composers and musicians have for centuries found inspiration in the seasonal texts of Prophecy and the Virgin birth and consequently there is a wealth of magnificent music in which to celebrate this time of year.

The Singers present a programme of European sacred music, both accompanied and unaccompanied, from the sixteenth to twentieth centuries accompanied on the organ by Stephen Tanner.

From the joyful “Angelus ad Virginem” in a lively setting by Andrew Carter to the contemplative “How beautiful upon the mountains” by John Stainer, the concert includes music by the German Renaissance composers Michael Praetorius and Johannes Eccard and hymns to the Virgin by Arvo Part and Sergei Rachmaninov.

There will also be the opportunity to join with choir and organ in well-loved Advent hymns such as “On Jordan’s Bank” and “Hills of the North, Rejoice!”

Proceeds to the building fund

END_OF_DOCUMENT_TOKEN_TO_BE_REPLACED

In this year, the 400th Anniversary of Shakespeare’s death, The Ashburton Singers present a concert of songs from the plays, and music inspired by Shakespeare’s words.

END_OF_DOCUMENT_TOKEN_TO_BE_REPLACED

Joined by an instrumental consort of strings, oboe, trumpet and harpsichord, the Ashburton Singers perform the much loved Gloria by Antonio Vivaldi and Beatus Vir by Claudio Monteverdi together with music by other Baroque composers associated with the important Italian musical centres of Rome, Venice, Verona and Bologna.